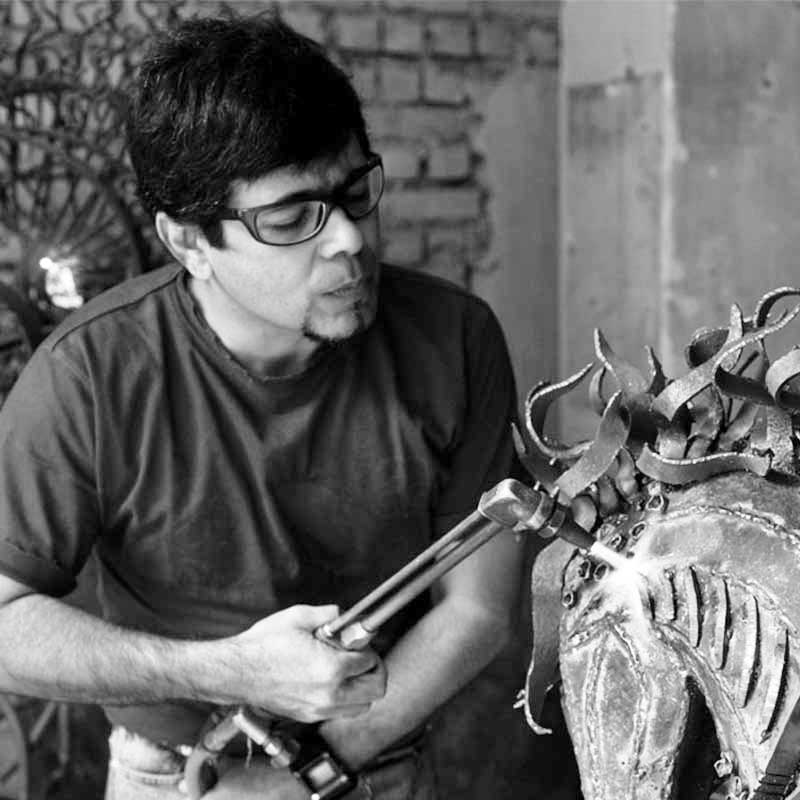 Arzan Khambatta was born in 1982 in Mumbai. His artistic instincts came into play when he attended an art class, under the guidance of a noted artist Anand Mohan Naik at the sculptor Adi Davierwala’s workshop. Encouraged by his parents, he started sculpting the very next day after his 10th standard exams. Although he graduated with a Bachelors in Architecture from Rachna Sansad Academy of Architecture, Mumbai; he calls himself an architect by profession and a sculptor by choice.

Arzan would scout the streets, garages, construction sites for scrap metal, collecting and welding them into pieces of art he fondly christened ‘Scraptures’. What started off purely as a hobby became a desire to start transforming scrap to art form and slowly began to yield income when he sold his first piece in 1983. He held his first public exhibition at the Jehangir Art Gallery, Mumbai in 1993.

Arzan’s works are a result of his filing, bending, moulding, cutting, welding and burning is a collection of work that is dramatic in its impact; rivers of lava surging through charred valleys, flaming planets spiralling dizzily through space. He often uses the play of light and shadow to heighten the different moods of his work.

Arzan made his first public sculpture ‘The Mughal’ at Worli, Mumbai in 1985. In 1996, he stopped using scrap metal for his sculptures. He now sculpts from metal sheets, straps, rods, pipes and various other sections that are twisted, beaten and textured to give the desired effect. Currently, his works are found in corporate houses, hotels, and private collections around the world and range from six inches to seventy feet in height.

Besides sculpting, his interests lie with film making. His first film titled ‘Decibels’, is based on a whacky view of noise pollution in our city. He also dabbles in a number of activities like designing props and sets for experimental plays, designing trophies and imparting his craft and knowledge to children from all strata of society.

Arzan lives and works in Mumbai. 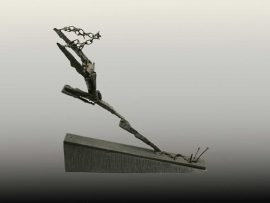