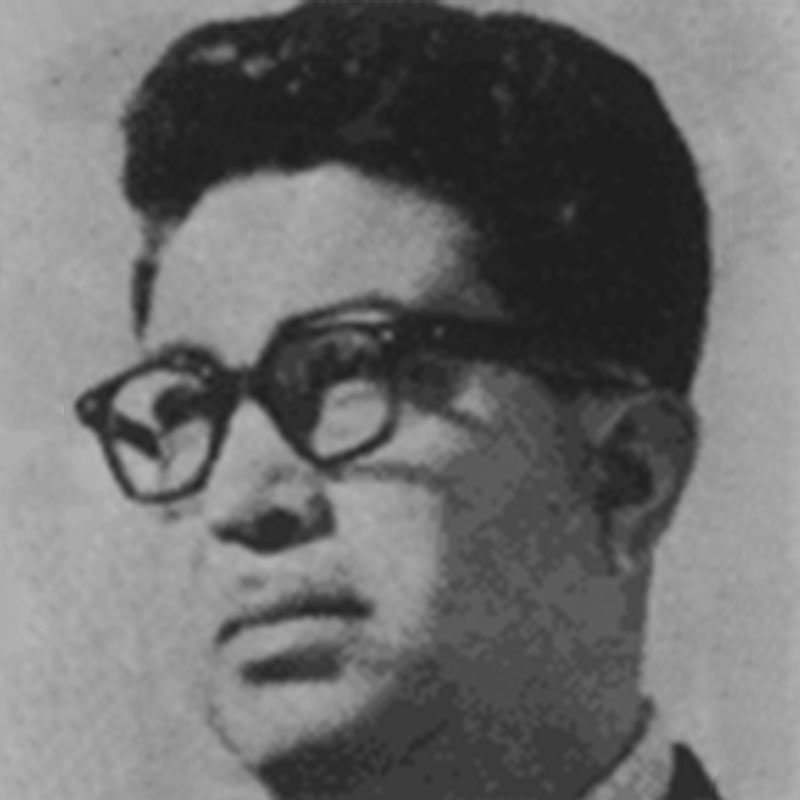 Arup Das was born in West Bengal in 1924. He graduated from the Government College of Arts and Crafts, Calcutta. During 1960-68, he was a member of the council of the All India Fine Arts and Crafts Society, New Delhi, and went to study in the UK on a British Council fellowship in 1972.

Das was a figurative painter and an acclaimed muralist. Human figures occupy a central position in his paintings. Das attempts to portray man as a social and historical being, placed within the framework of his cultural and natural environment. He employs a wide variety of shades to depict his human figures. His works focus on the human – a socio-historical being. His human figuration, expressively stylized, has something monumental about it even when painted in small format. Although from the illusionist spatial recession, the pictorial space in his paintings interprets the figures in terms of fine overlaps or colors in a wide range of tones. His canvases are a judicious blend of ideas that are timeless, but told in a language that is pertinent to our times. A recurring theme in Das’s paintings is the coming of the Messiah with its message of eternal hope and ultimate salvation for mankind.

He has held several shows in India and abroad. He won the National Award from the Lalit Kala Akademi in 1957 and the President’s Silver Plaque in 1957. His works are in the collections of the National Gallery of Modem Art, New Delhi, the Sahitya Kala Parishad, New Delhi, and the All India Fine Arts and Crafts Society, New Delhi.