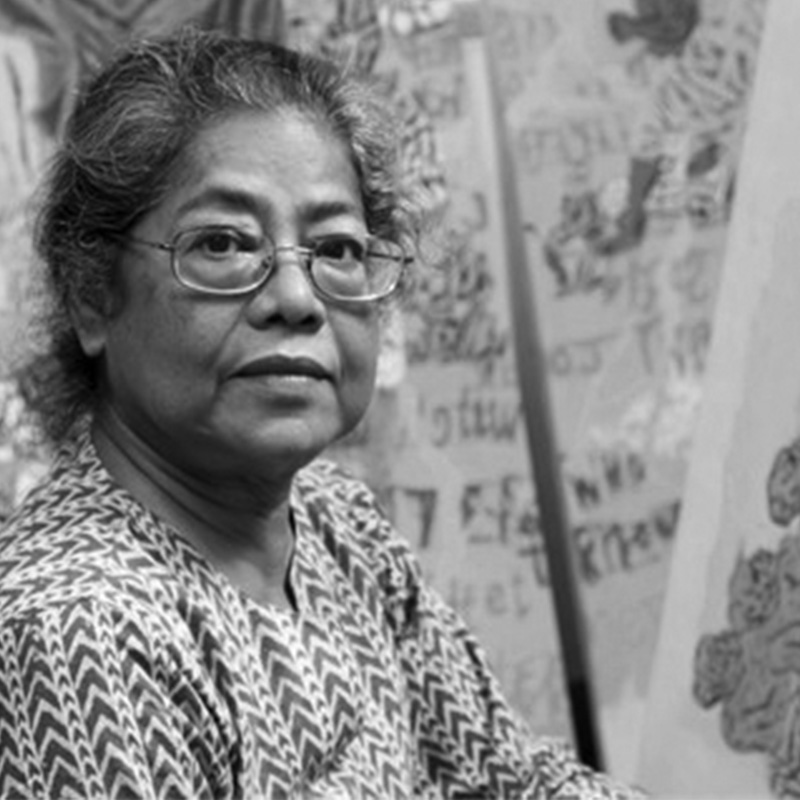 Arpita Singh was born in 1937 in what is now Bangladesh. She attended the School of Art, Delhi Polytechnic in New Delhi from 1954 to 1959. After she graduated she worked for the Indian Government’s Cottage Industries Restoration Program. While she worked in the program she met traditional artists and weavers in India which deeply influenced her artwork.

Since the beginning of her career Arpita has been assiduously learning the craft of painting in rhythm with her absorption of modernist reductionism. In the 1970s, her paintings were mainly black and white abstracts. In the 1980s, there was a shift in her artistic career as she started to paint Bengali folk paintings. Soon the watercolour on paper medium was transformed into oil on canvas which was considered a dramatic shift.

Each of Arpita Singh’s drawings, watercolours on paper, and oils on canvas have a story to tell. Afflicted by the daily problems that are faced by women in her country and the world in general, Singh paints the range of emotions that she exchanges with these subjects – from sorrow to joy and from suffering to hope – providing a view of the ongoing communication she maintains with them. Her paintings are said to portray a woman’s point of view about life in India.

Arpita literally ‘builds up’ the painted surface, with the same patient facility both in oil and watercolour. The surface tension created by the short, overlapping patches of pigments and tones is often transmitted to the surreal surprise which arises out of the continuous synchronicity of domestic objects and flower vase and aero plane, guns, soldiers and killers hidden behind bushes in a park and men and women oblivious of corpses strewn around. Described as a figurative artist and a modernist, she still makes it a point to stay tuned in to traditional Indian art forms and aesthetics, like miniaturist painting and different forms of folk art, employing them in her work regularly. The way in which she uses perspective and the narrative in her work is steeped in the miniaturist traditions and a direct reflection of her background.

Arpita has exhibited her works all over India and abroad. She won various awards such as the All India Drawing Exhibition at Chandigarh in 1981 and 1992, and won an award at the Algeria Biennial in 1987. In 1991, the Sahitya Kala Parishad, New Delhi, honoured Arpita Singh with ‘Parishad Samman’. 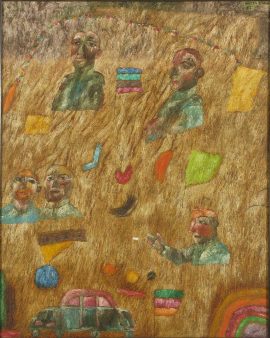 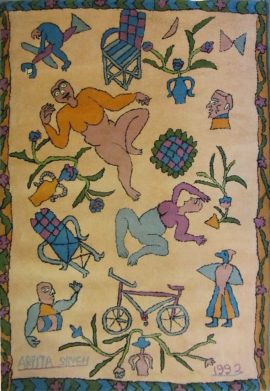 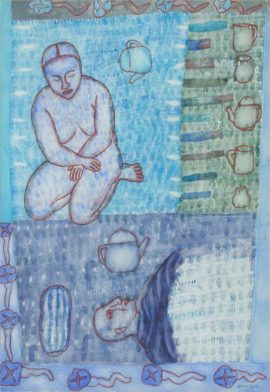 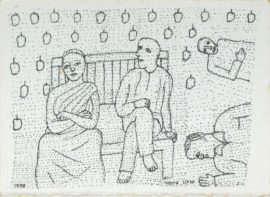 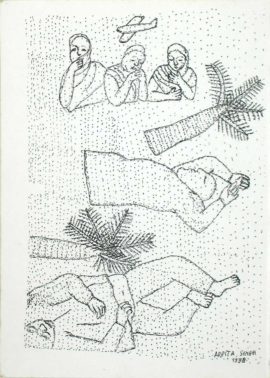 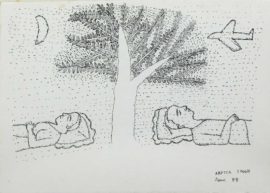