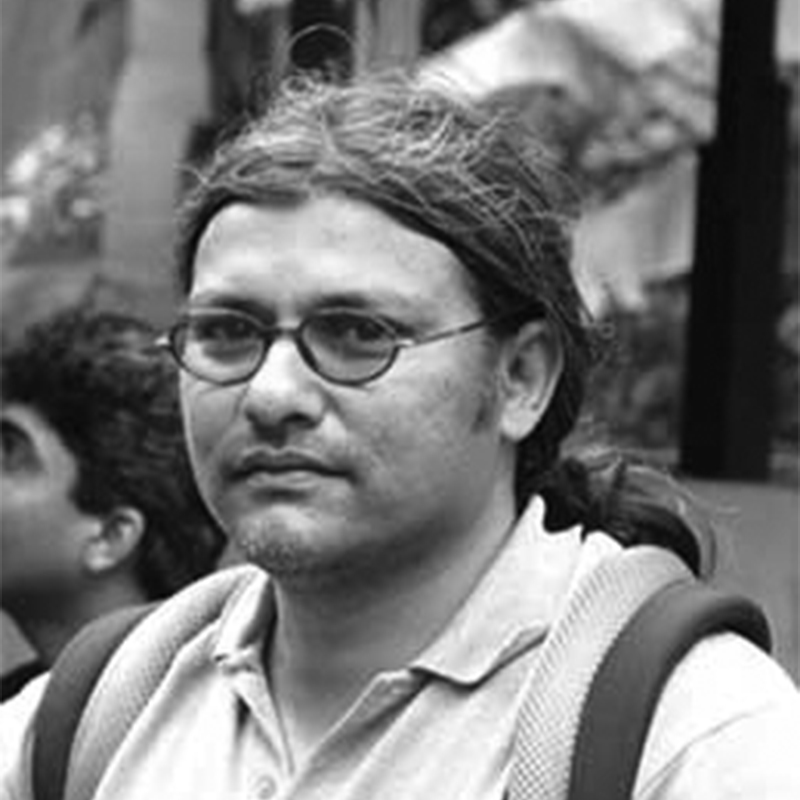 Anandajit Ray’s controlled formats recall diverse genres, from the miniature tradition to the comic strip. He laboriously creates this hybrid form which ultimately project on areas of adolescence: avenues of escape from a potentially dreary reality; desires materialized through the popular media. Ray simultaneously explores the mundane, phantasmal, the ridiculous and the horrific.

Ray calls himself a ‘surface painter’, subscribing to a position absent of judgment. Incidents of illogical violence scattered over the surface of a painting therefore metamorphose into decorative detailing, finding complete acceptance in our minds.

Inspired by the naturalist style of George Stubbs and Mughal painter Mansur as well as the fantastic, almost monstrous imagery of Hieronymus Bosch and Dutch master Pieter Bruegel, Ray’s paintings offer a dark, often grotesque world to the viewer in which the real and the unreal coexist. Dogs and other more surreal beasts appear in shades of blue and grey while other works explode in fiery oranges and reds. Inanimate objects, pop art images, flora and fauna populate his watercolours and gouache on paper creations, drawn with the delicate perfection of a miniaturist and animated by a sense of the surreal. The human body is shown as an entity that is not only fractured but dissected and transformed into hallucinatory bioscapes with disembodied faces, noses, eyes, limbs and shoes. In some of his works, Ray uses a cut-and-paste technique to construct elaborate geometric collages. The final effect is unnerving and discomfiting, but glowing from within with a vivid imagination and sharp sense of black humour.

Ray has showcased his works in various exhibitions in India and abroad. In 1999, he received the Sanskriti Award and was nominated for the Sotheby’s Award. He was the recipient of the 1991 Elizabeth Greenshields Grant from Canada. He has also illustrated “Wild Fire”, a book of short stories by Bengali author Bonophool. The artist lives and works in Baroda. 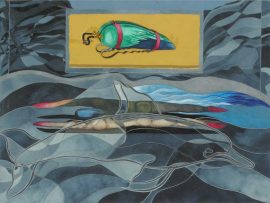