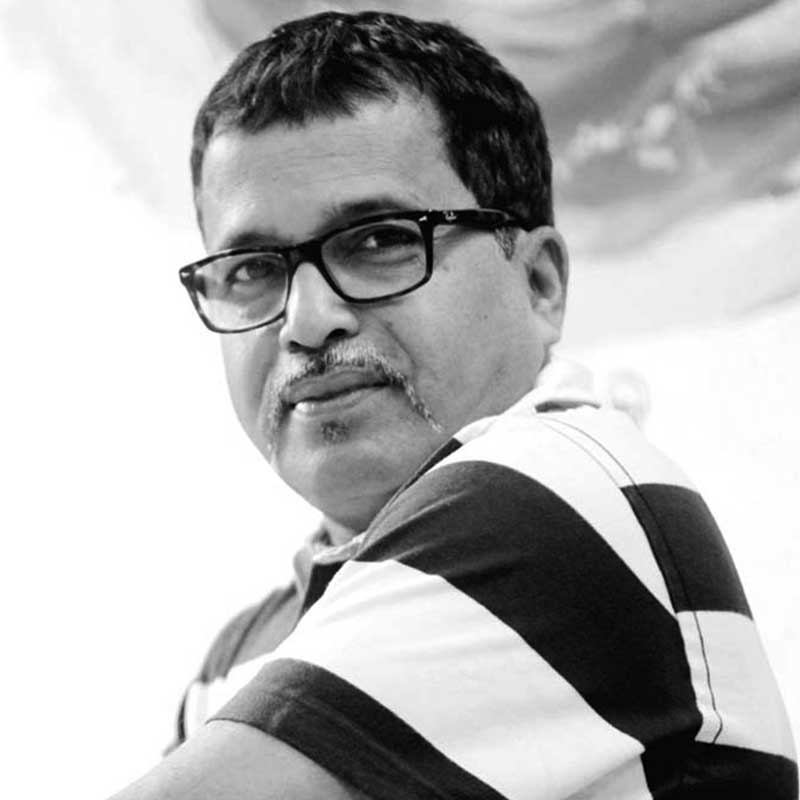 Achyut Palav was born in Mumbai in 1960. He graduated with a General Diploma in Art from Sir J.J. Institute of Applied Art, Mumbai in 1982. Under the guidance of R.K. Joshi, he honed his calligraphy skills. He then received a research scholarship from Ulka Advertising in 1984. He focused on the ‘Modi’ script, which is a specialised branch of calligraphy which was used from 15th – 17th century. He was a faculty member of the Sir J.J. Institute of Applied Art, Mumbai.

Palav wanted to bring calligraphy ahead not only as an art form, but an expressive medium. He believes each letter in every script known to man holds an eternal power, an individual beauty in its vertical, horizontal, angular lines, and in their continuity. His magical strokes flow freely from the plethora of instruments he uses to mark the surface with ink. These instruments include a toothbrush, shaving brush, a blush-on brush, a spatula and a tin lid apart from the usual pens. Palav, India’s most recognised calligrapher, initially started working with paper, but now he experiments with various surfaces like canvas, the cover of a keyboard, slate, ceramic tiles and wooden sets.

Palav founded the Achyut Palav School of Calligraphy, Navi Mumbai which propagates the art of calligraphy. The school is built on the foundation of India’s rich culture & vast heritage of scripts, and he is determined to keep this more than 5 century old legacy alive through basic courses in calligraphy.

He has participated in several exhibitions in India and abroad. He has also won many awards including the Maharashtra Film Award in 2012, 2006, 2003; Maharashtra Art Award in 1992; Communication Guild Awards in 1993, 1994 and 1998. He was felicitated by Kala Ratna Award by DD Sahyadri Navratna Puraskar and by Sindhuratna in 2016 amongst many others.

Palav lives and works in Mumbai. 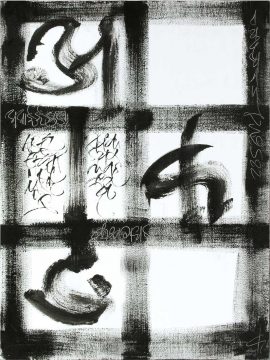