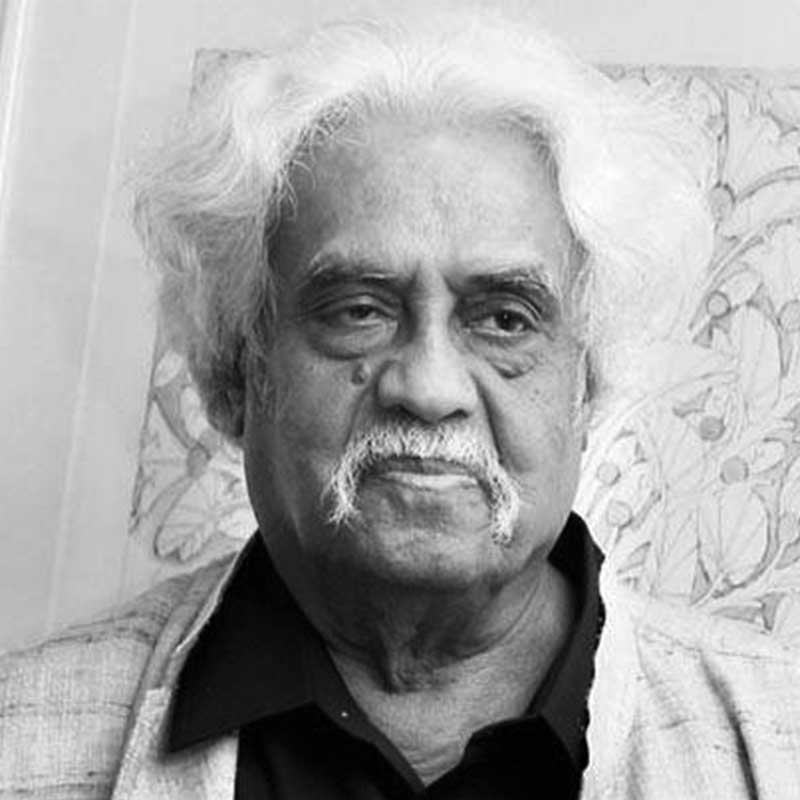 A.Ramachandran was born in 1935 in a small town Attingal in Southern Kerala. In 1957, he obtained his Master’s degree in Malayalam Literature. His interest in art led him to join Santiniketan where he trained under masters such as Ramkinkar Baij and Benode Behari Mukherjee. He moved to Delhi in 1965 and became a lecturer and eventually the head of the art department in Jamia Millia Islamia University till 1992.

Initially, Ramachandran’s works were aligned to the ideology of the left and comprised of powerful socially realistic figuration. By the 1980s urban reality was no longer a preoccupation and he was influenced by a tribal community in Rajasthan and Kerala temple murals. Myths became a great resource for him. The first in this new style was ‘Yayati’, a retelling of this story from the Mahabharata.

In 2003 he designed the granite bas-relief sculpture at the Rajiv Gandhi Memorial at Sriperumbudur, near Chennai, Tamil Nadu. In the same year the National Gallery of Modern Art, Delhi organized a retrospective of his work.

Ramachandran is the author of a study on Kerala temple murals ‘Abode of Gods: Mural Traditions of Kerala’ and has written and illustrated numerous children’s books published in India, Japan, Britain and the United States for which he received the Noma Concours Awards of 1978 and 1980.

In 2005, he was awarded the Padma Bhushan and in 2002, he was elected a Fellow of the Lalit Kala Akademi. Ramachandran lives and works in New Delhi. 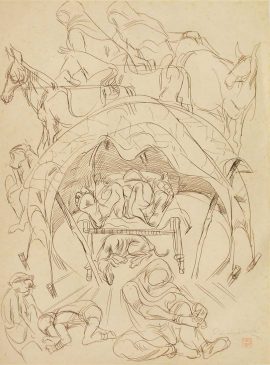 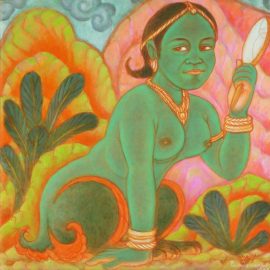