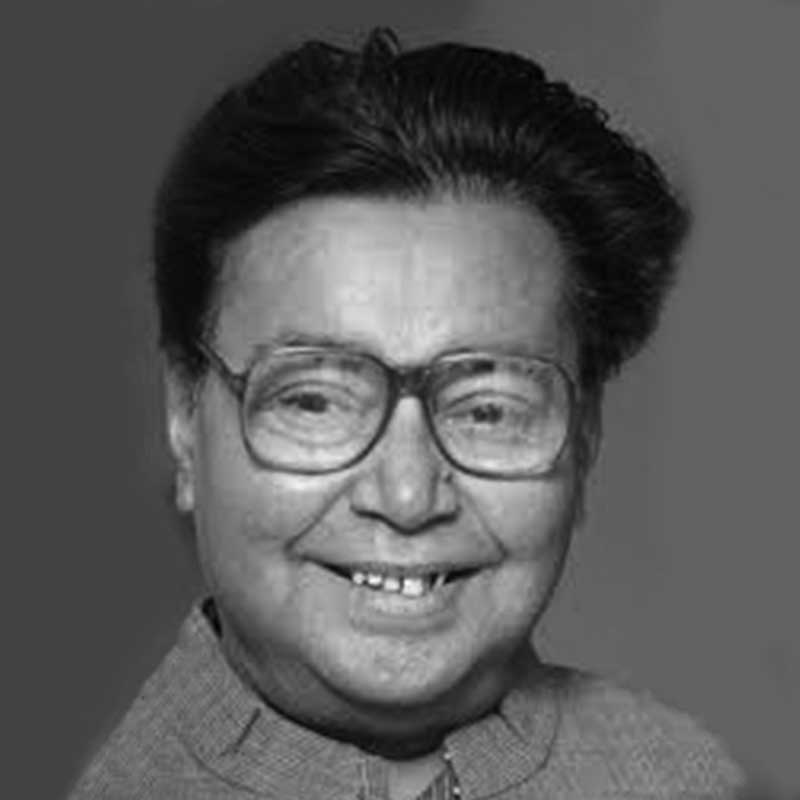 Ganesh Pyne was born in Kolkata in 1937. He is one of the most notable painters from the Bengal School of Art. His grandmother’s Bengali folk tales, myths and fairy tales filled Pyne’s childhood and inspired his works. Pyne later took admission in the Government College of Arts and Crafts, Kolkata.

In 1963, he joined the Society for Contemporary Artists. Initially, he painted watercolours and sketches of misty mornings and wayside temples, variously influenced as he was by Walt Disney and the art of Abanindranath Tagore. From watercolour, Pyne turned to gouache and then tempera in the mid-’60s. During this period, he made small drawings in pen and ink since he did not have enough money to buy colour paints. This was also the period of experimentation.

The anger and despair of the 70s fuelled one of the most fruitful periods in his life as an artist.

Pyne was deeply affected by Bengal’s history – communal riots and social history, so his works dealt with recurring themes like violence, death, horror, solitude and fear. Working mostly in tempera, his paintings are rich in imagery and symbolism. He comments on man’s existential condition through a shadowy world of skeletal figures. His dramatic rendering of light and shade, and its translucent layers created an air of mystery. But shows his immense talent in the medium. The lines are bold, precise, controlled and the drawings that emerge are potent both in form and content. Stripped of colour, they convey the architectonic quality in the structuring of the images.

Exploring the deep recesses of his imagination, Pyne created uncanny images of disquieting creatures that draw our attention to a world beyond the familiar.

He participated in Paris Biennale in 1969 and Contemporary Indian Painting in West Germany in 1970. However, by the time, the India art boom arrived in the 1980s, he started largely keeping to himself, fazed by commercialism 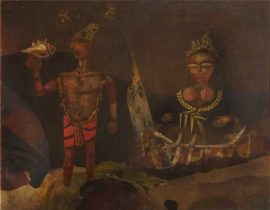 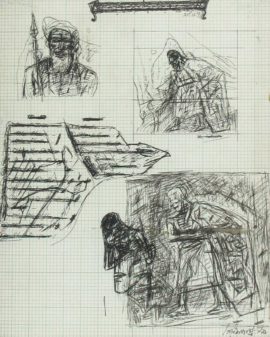