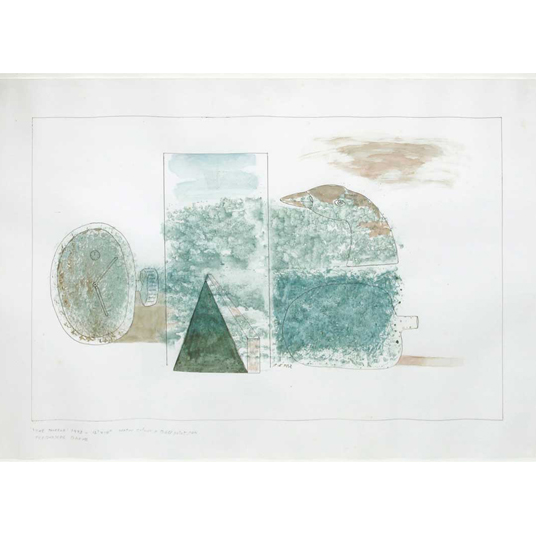 “Inside the Empty Box” is an effort to decode and decipher the multi-dimensionality of Barwe’s practice, a dimensionality that was explored through the varying mediums of design, composition, writing and diary notations.

The exhibition will be educative on multiple levels, historicising the life and work of the artist alongside possible archives, photographs, his favourite books, poems and brief history of that period – everything that gives the viewer a complete insight into the artist. A selection of the artist’s diaries will be exhibited, creating a laboratory of thoughts, forms and concepts of the artist’s experiments. Select spaces will be designed as educative corners that engage the viewer into enhancing his/her own creativity. We want to combine the roles and functions of the laboratory, the library and the viewing room – weaving them all into a sensory and cognitive experience for the viewer. 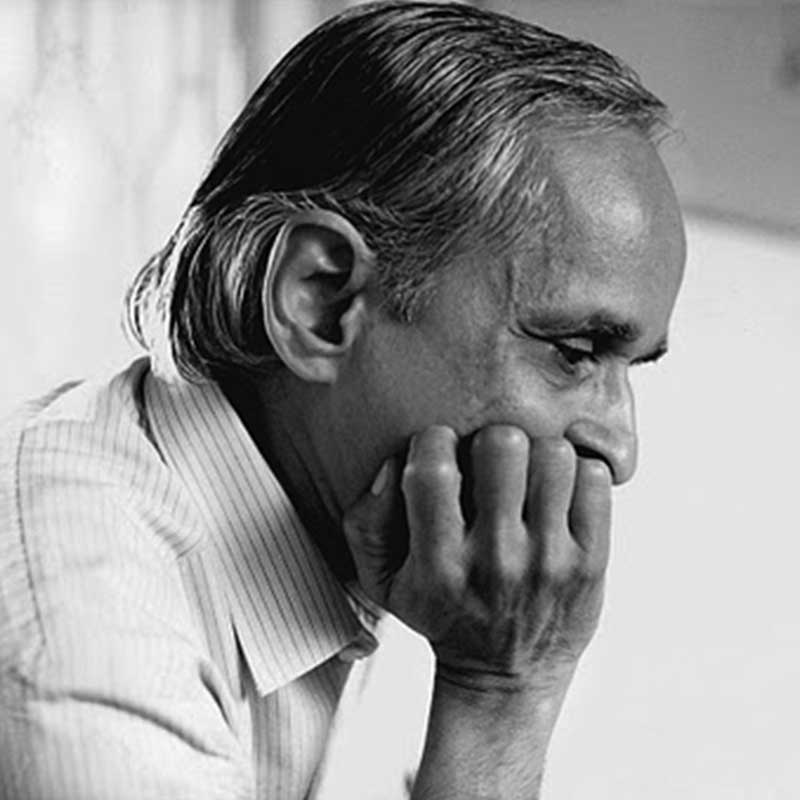 Prabhakar Barwe was born in Maharashtra in 1936 and received his diploma from the Sir J. J. School of Art in 1959. He held several solo exhibitions including one at Wisconsin, US in 1963.

Barwe’s works from the 1950’s while he was a student at the JJ School of art reflect an influence of artists like Joan Miro and Paul Klee. In 1961, Barwe moved to Benares where he provided direction to traditional weavers at the Weavers Service Centre. There he incorporated tantric philosophy into his work via symbolic geometric shapes. During this time he also explored elements of Pop Art and Indian folk art. He also experimented with creating collages using broken glass.

In the 1970’s there was a change in the artist’s stylistic and thematic approach. His works began depicting purity in form and colour. He also began using a brand of synthetic glossy enamel paint when diluted in turpentine and kerosene it achieved a similar effect to watercolour. His colour palette became more austere but his images from this period have a rare sheen. Barwe continued to refine his use of image through the 80’s and 90’s.

A symbolist abstractionist, Barwe’s paintings had bits and pieces of objects emerging as if of their own accord, from the unconscious. Emphatically pictorial, the conjunction of form and space created inexplicable new associations. In his later works the human form had begin to appear almost as the self’s representative. The artist died prematurely in Mumbai in 1995. 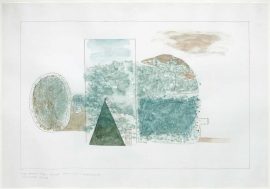 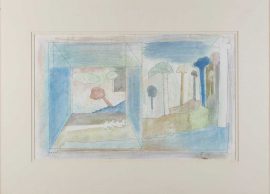