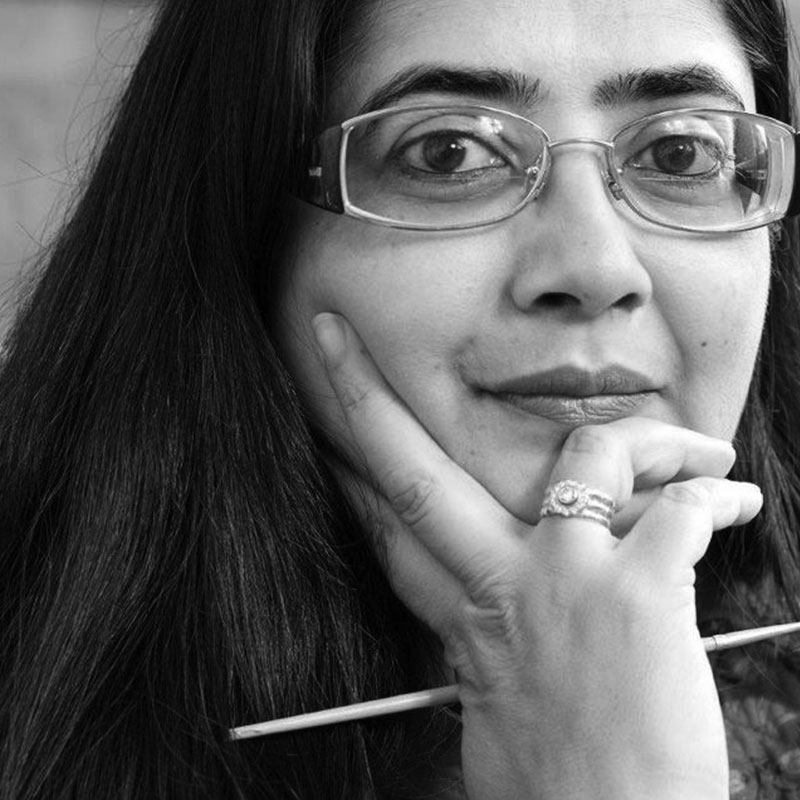 Vasundhara Tewari Broota was born in Kolkata in 1955. She moved to Delhi when she was fifteen. She graduated from the University of Delhi, with literature as her subject and simultaneously studied art at Triveni Kala Sangam, New Delhi under the guidance Rameshwar Broota. During 1982-84, she worked on a cultural scholarship awarded by the Department of Culture, Government of India.

Vasundhara’s paintings are a celebration of a contemporary woman, unafraid to reveal her soul and at the same time participate in daily life-patterns unencumbered. She explores the potential of figurative paintings. Her images surface out of the psycho-political existence of the female body. In her more recent works there is a sensibility towards the understanding of the internal and external psychological spaces of the artist as a woman. In these works, the human figure does not occupy the space of the protagonist, but shares an equi-focal space with the background objects giving equal significance to both. The identifiable artist psyche and experiences surrounding it stands as meaningful reality for Vasundhara.

Vasundhara held her first solo show in Shridharani Gallery, Delhi in 1980.  In 1984 she toured USA and exhibited at the University of Illinois.  She held solo shows at Pundole Art Gallery, Mumbai in 1991 and Vadehra Art Gallery, Delhi in 2007. Apart from other solo and group shows in galleries and museums in India and abroad she has won several awards including a silver medal at the first International Biennale, Algiers in 1987; the Sanskriti Award in 1987 as well as annual awards at All India Fine Arts and Crafts Society in 1981 and the Sahitya Kala Parishad Annual Delhi State Award 1987 and 1982. He was also awarded a Senior Fellowship by Ministry of Culture by the Government of India 1996 -1998 as well the Sahitya Kala Parishad in 1996.

Vasundhara lives and works in New Delhi with her artist husband Rameshwar. 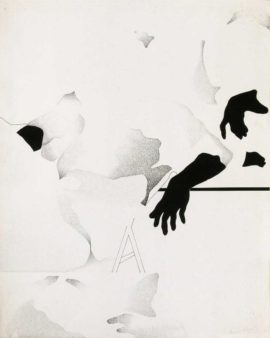