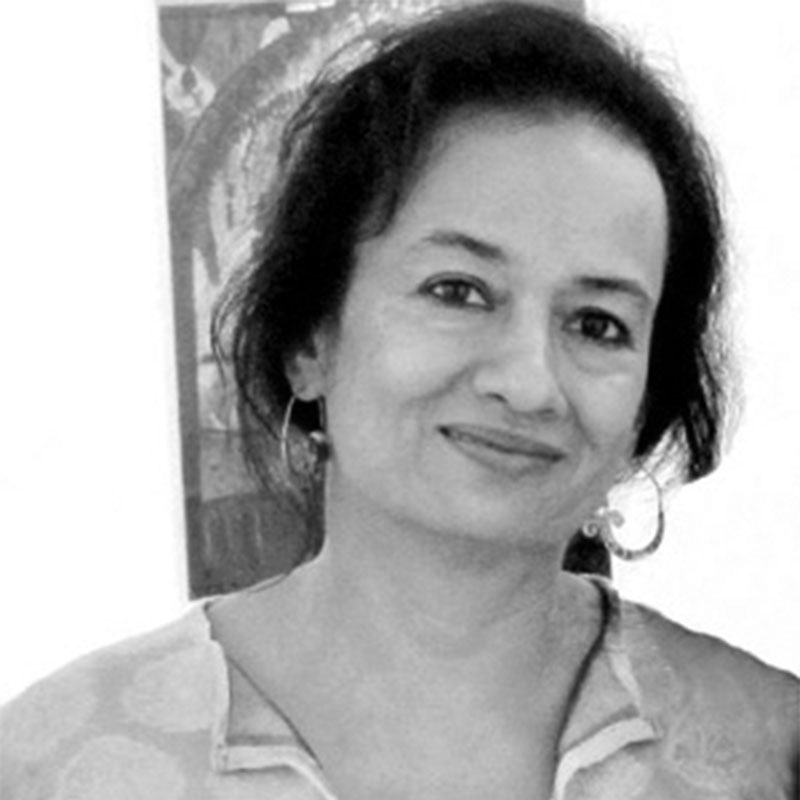 Vasudha Thozhur was in Mysore in 1956. She completed her Diploma in Painting from the College of Arts and Crafts, Madras in 1979 after which she did her post Diploma in Painting at the Croydon School of Art and Design in the United Kingdom. She was honoured with various residencies and grants including a residency at the Shaddon Mills Visual Arts Centre, Carlisle and Gasworks Studios, London. In 1988, she received the Central Lalit Kala Akademi Research Grant and in 1989, she received the Ministry of Culture Fellowship for Artists. In 1996, she was the recipient of the The French Government Scholarship and The Charles Wallace Grant.

In Vasudha’s works, one medium joins another wonderfully; like oil and watercolour. She has not restricted herself to a single medium of expression. Her strong use of colour is energizing and her paintings are non-judgmental. The bold and forceful gestures never fail to evoke a response from the viewer. Her paintings reflect an emphasis on the importance of lines. The use of a number of metaphors within a painting encourages each one to interpret the work in their own way depending on their past experiences and the feelings evoked by her creations. The various images take birth in Vasudha’s imagination and are not representations of the phenomenal world as it were.

Vasudha collaborated with ‘Himmat’, an activist organisation based in Vatva, Ahmedabad, an organisation setup to work with the survivors of the Gujarat Riots.Her project depicted collective trauma and the consequences of the massacre on the lives of the survivors. She made quilts, scrolls and videos with the survivors of the massacre, who lost their family members for a project titled ‘Beyond Pain – An Afterlife’. She used art as a healer of collective trauma, to record and overcome despair.

Besides a career in the arts, Vasudha has also taught as visiting faculty at MS University, Vadodara; National Institute of Design, Ahmedabad and Indian Institute of Crafts & Design, Jaipur.

Currently Vasudha is an associate professor in the Department of Art Design and Performing Arts at Shiv Nadar University, Delhi; where she lives and works. 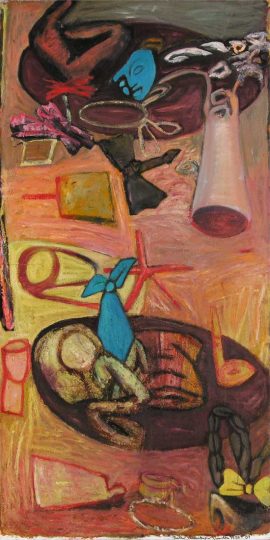