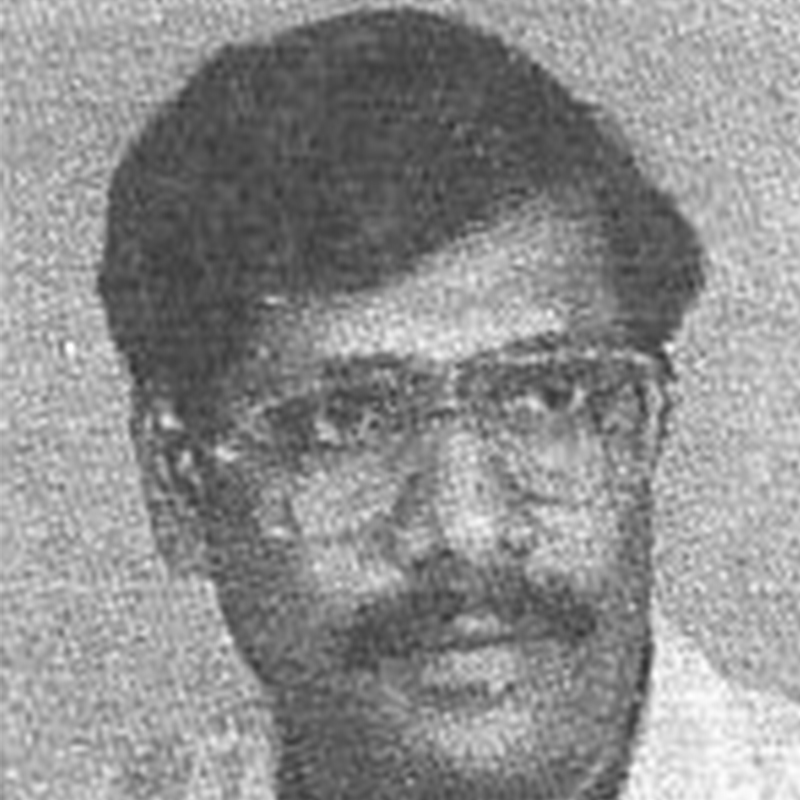 Sunil Kumar Das was born in Kolkata in 1952. He graduated from Indian College of Art and Draftsmanship, Kolkata, 1975. He further completed his Advanced Studies in Sculpture at Kala Bhavan, Visva Bharati, Santiniketan on a Government of India National Cultural Scholarship from 1977 – 79.

In his works, Das strives to simplify, elements and features- as if he wants to distill freely from the figure of animal or human, the essence of a sensibility that is at once clear, and emotively expressive. He animates lines and contours with subtle stone inflections and contemporary characteristics because he moulds notions of positive and negative space. Posture and poise become the most powerful tools in the hands of this sculptor.

The charismatic tenor of these works stems from the simple melancholy and the effortless accessibility. The folds and moods of animal expression are seen, the graceful feminine forms in the heads and the human figures are aware of the hegemony of the poise and humble sophistication. Das brings out the twin aspects of perceived reality, in which each interpenetrate the other, and are curiously interchangeable. He transforms sculptural principles by adding volume and mass to it and lifts his compositions from dual dimensions into modern multiple innovations to create the idea of the essence of reality within the inner rhythms of naturality.

Das has developed a visual idiom of combining two kinds of materials- stone and metal, worked out in two methods – carving and casting, giving out two tonal effects- of shining light and deepening darkness. He has used one material and method for animate and another for inanimate segments for each of his composite images.

Das lives and works in Kolkata. 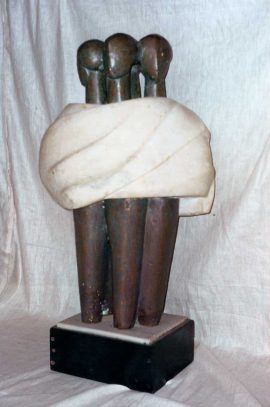