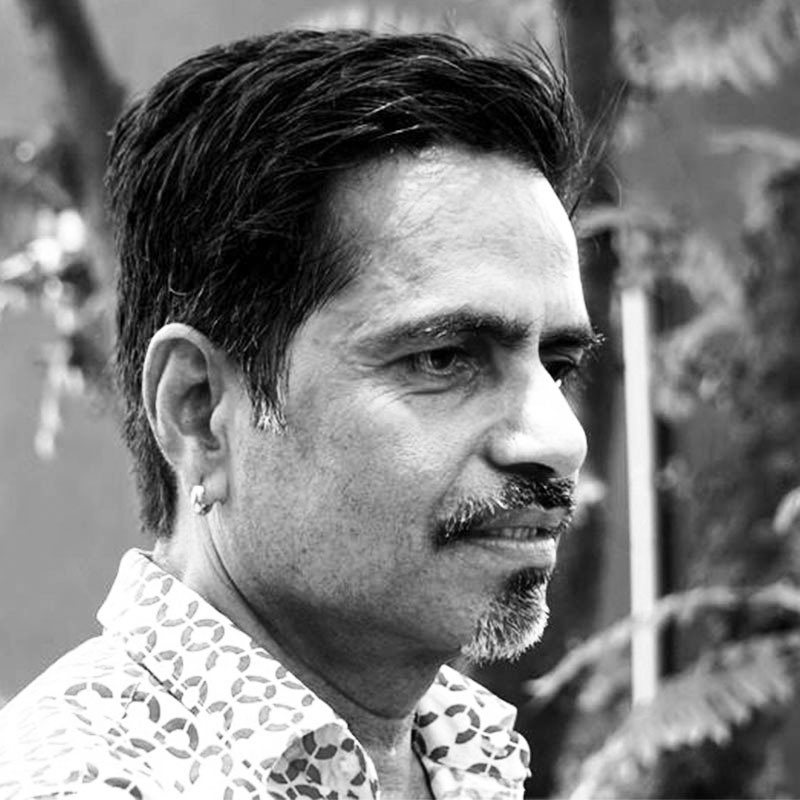 Sudarshan Shetty is born in Mangalore in 1961. He completed his Bachelor of Fine Arts at Sir J.J. School of Art, Mumbai from 1980 to 85. He received a Fellowship to work at the Kanoria Centre for Arts, Ahmedabad from 1989 – 91.

Though formally trained as a painter, Shetty progressively became interested in sculpture and installation, and began to combine his paintings with found objects that he painted. He strived to escape from the social framework, and at the same time, tries to collect scattered fragments of daily life. Through the process of editing and applying these fragments, he superimposed various facets of contemporary society.

Shetty is best known for his large sculptural installations and multi-media works. His work envisions a lyrical world full of playfulness and freedom liberated from political issues. It displays an intriguing combination of the representational and the abstract. Shetty’s main source of information and inspiration is Mumbai. The city provides the backdrop for his recordings of the unfolding, renting and unfurling of human life. By stimulating the memories of people’s childhood and their playful-mind filled with curiosity, he cleverly escapes from the globalism that homogenizes the world and innocently plots to overthrow the value system led by politics and the economy.

Shetty experiments with innumerable materials and mediums, and he uses quotidian objects juxtaposed in an attempt to open up new possibilities of meaning. He displays a fascination for the mechanics of toys and mechanised objects, where he infuses domestic, essentially inert objects with new life. He often uses simple, repetitive, mechanical movements and sound in kinetic works that explore aspects of temporality.

More than an artist, Shetty thinks of himself as an entertainer trying to attract people to his art while moving art away from the white cube space of the gallery to the public space, so that there is more of an engagement between art and the common man.

Shetty’s earlier concerns and themes evolved around the politics of absence or loss of body, of death, of ‘being elsewhere’ especially the symbol of a skeleton. Recently, he has become more absorbed with the ideas of futility and meaninglessness, transience and mortality.

Shetty has been a resident at the Mattress Factory, Pittsburgh, US and was a Ford Foundation Fellow at the New School for General Studies, New York. His work has been exhibited at the Fukuoka Asian Art Museum, Fukuoka, Japan, and the Tate Modern, London. In 1999, he was the only Indian artist commissioned to make a public sculpture in Fukuoka, Japan, as a part of Hakata Reverain Art Project. He was most recently the curator of the Kochi Muziris Biennale in 2016.

Shetty lives and works in Mumbai. 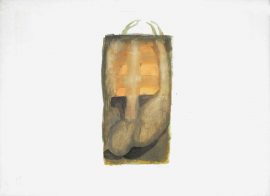 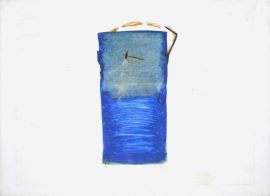