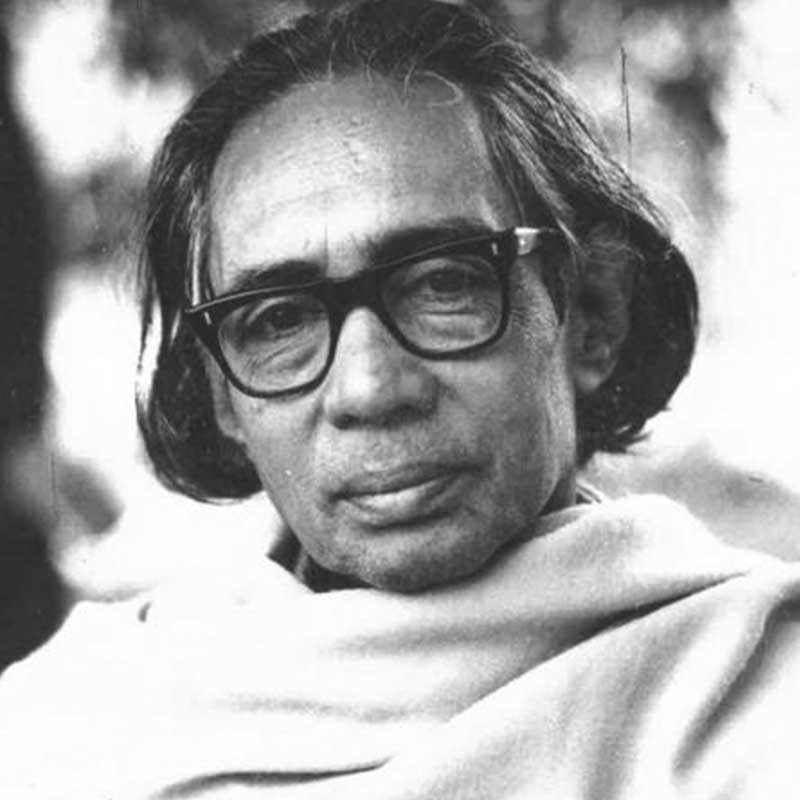 Somnath Hore was born in 1921 in Chittagong, now in Bangladesh. In his youth he became affiliated with the Communist Party, and his socialist ideologies influenced the early phases of his artistic career. It was through the active patronage of the Communist Party of India that Hore gained entrance to the Government Art College in Calcutta. Haren Das was then presiding over the graphics department, and Hore had the advantage of learning from him.

His sketches, sculptures and prints were a reaction to major historical crisis’ and events of 20th century Bengal such as the Bengal Famine of 1943 and the Tebhaga movement. In 1943, he did visual documentation and reporting of the Bengal famine for the Communist Party magazine Jannayuddha. His coming of age as an artist coincided with the 1946 peasant unrest in Bengal known as the Tebhaga movement. Hore became a follower of Chittaprosad Bhattacharya, the political propagandist and printmaker.

Hore learned lithography and intaglio at the Government College of Art and Craft in Calcutta. By the 1950s he was regarded as the premier printmaker in India. Hore invented and developed various printmaking techniques of his own, including his famous pulp print technique. His drawings and his Tebhaga series of woodcuts show the influence of Chinese Socialist Realism and German Expressionism. As Hore evolved, his drawings, especially his human figures, became simplified and shed details. Through this reduction of elements, he achieved his individual style of contorted and suffering figures created with a masterly use of line. His sculptures show a similar approach.

In the 1970s, Hore’s artistic journey culminated in his Wounds Series of paper pulp prints, where he achieved a unique brand of abstraction without sacrificing his long-practiced humanism. He also created contorted bronze figurines recalled the agonies of famine and war, and became iconic emblems of modern Indian art. One of his largest sculptures, Mother and Child, which paid tribute to the sufferings of the people of Vietnam, was stolen from Kala Bhavan soon after it was finished.

Hore taught at Kala Bhavan, the art faculty of Visva Bharati University, and headed the Graphics and Printmaking Department at Santiniketan. Hore was a recipient of the Indian civilian honour of the Padma Bhushan. He died in 2006. 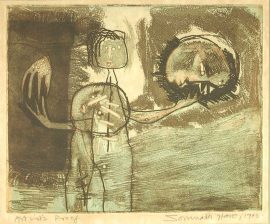 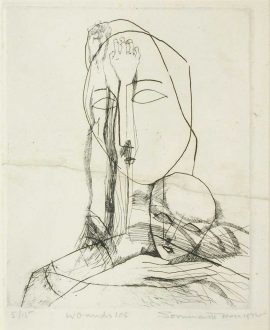 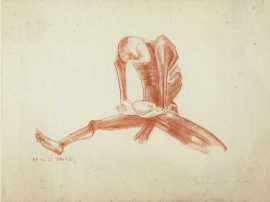 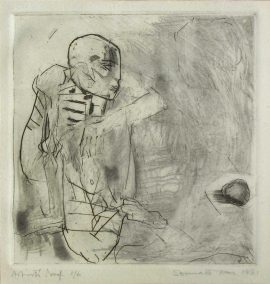 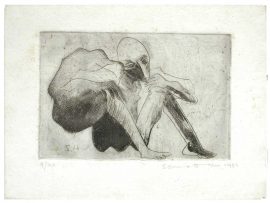