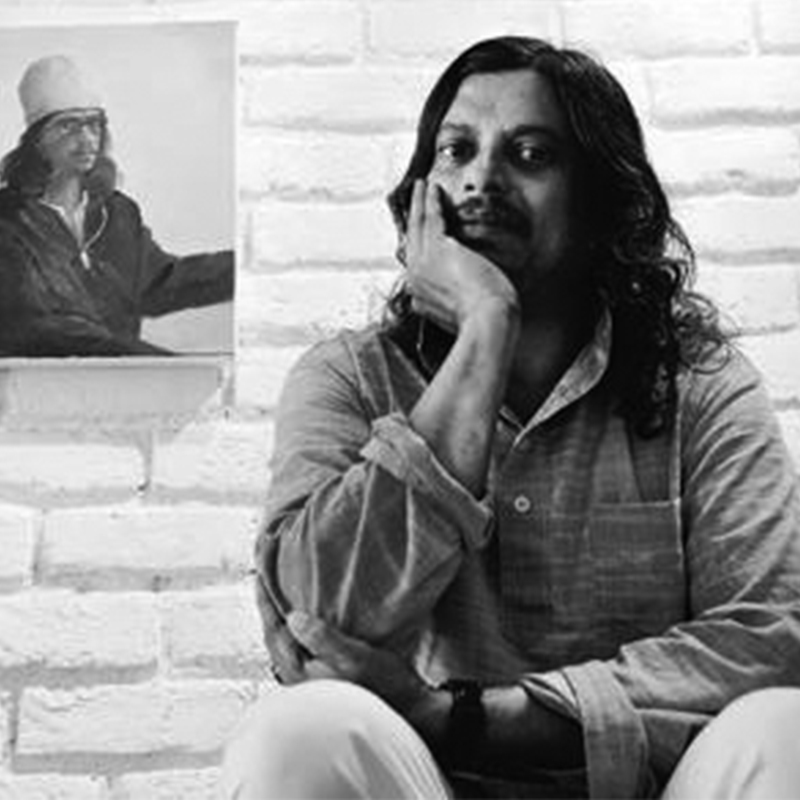 Shibu Natesan was born in Trivandrum in 1966. His early inspirations came from his father, who was also a painter. He graduated from the College of Fine Arts in Trivandrum in 1987 before completing his a master’s degree at the MS University in Vadodara in 1991.

As an undergraduate in Kerala, Natesan was profoundly affected by Latin American literature, cinema, and expressionist art. These gave way to an absorption in the work of the American artist, R.B. Kitaj, while in Vadodara, though the impact of Bhupen Khakhar is also palpable in the narrative affinities of his paintings. This was followed by a strong interest in the art of the Belgian symbolist painter, Léon Spilliaert, during the years he spent in Amsterdam. Eventually, Natesan’s approach would be refined by the photo-real paintings of the German artist, Gerhard Richter, and the lush figurative art of the British painter, David Hockney.

Natesan’s first significant body of work, a series of paintings derives from a feudal history excavated in painstaking detail, the relics displayed in the grim chambers of memory, symbols of aggression which repeat themselves with oppressive regularity. The atmospheric quality of these works, some of them based on photographs of archaeological remains such as the caves at Ajanta, is heightened by the use of metallic paint on canvas.

From 1996-97 he was the Artist-in-Residence at Rijksakademie Van Beeldende Kunsten, Amsterdam. ‘Missing’ – a suite of paintings realised at the residency – is representative of the change that occurred during the time. With this body of work the artist embraced photorealism. The simulations resembled the original to a startling degree and prompted readings, which were contrary to what was intended, thus displacing the meaning without significantly altering the appearance.

Natesan’s later body of works look like photographs from a distance, but from close quarters they turn into something rich and strange. Most of his paintings are executed in a starkly realist mode, may seem direct, even sedate, at a glance. A daintily dressed couple against a landscape; an elderly man seated in a bright yellow chair; a lady standing against a prospect of flowers—these are but scenes from a life anchored in the mundane. But the hypnotic intensity of his colours and the tender outline of each form grapple with one of modern art’s primal challenges: how to capture the true essence of the real.

Natesan’s most recent works are landscapes, are mostly bereft of human presence. If a couple or a solitary figure make an appearance, they carry about them an aura of melancholy, an oceanic inwardness.

The artist lives and works in London and Trivandrum. 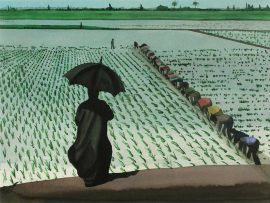 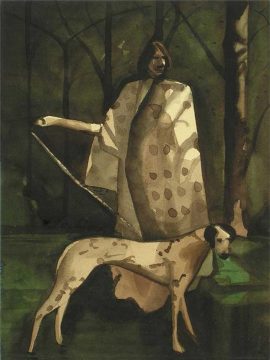