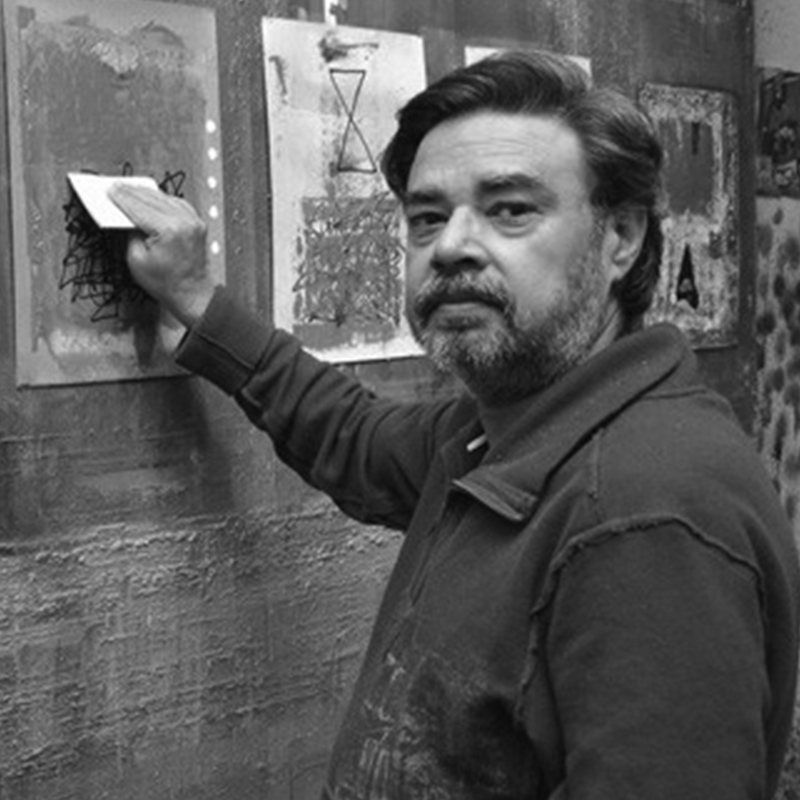 S. Harsha Vardhana was born in 1958 in New Delhi. He completed his Post Graduation in Bio-Sciences from the Birla Institute of Science and Technology, Pilani in 1980 and also has a Diploma in Business Management. For many years he held senior management positions in the bio-medical Industry and gave up a successful career as a Bio-Scientist in 1993 to pursue his love for painting, a passion that remained a mere hobby for many years. His inclination towards an artistic practice seemed almost natural being the son of modern master J. Swaminathan.

This self-taught artist displays his vast creative vocabulary in his heavily textured but plainly coloured canvases. Deeply influenced by tribal art and symbols, he creates abstract geometrical forms; inverted triangular structures are constructed within carefully demarcated areas of colour, which violently cut into one another – some blend in while others create obvious scars, bringing a distinctive character to the piece.

Harsha has also participated in numerous solo and group shows in India and abroad including ‘Enduring Intimations from Far and Near’ at Gallery Espace, New Delhi, in 2007-08; ‘Seeking the Reality’ at Indigo Blue Art, Singapore, in 2007; ‘Lines Maketh the Web’ at Aicon Gallery, New York, in 2007; and ‘Acute, Obtuse and Sometimes Right’ at Aicon Gallery, Palo Alto, in 2006. He has participated in the Biennale at Bharat Bhavan in Bhopal and the First International Art Festival in Perth, Australia. 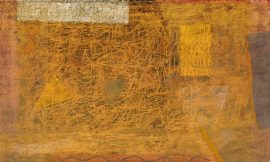