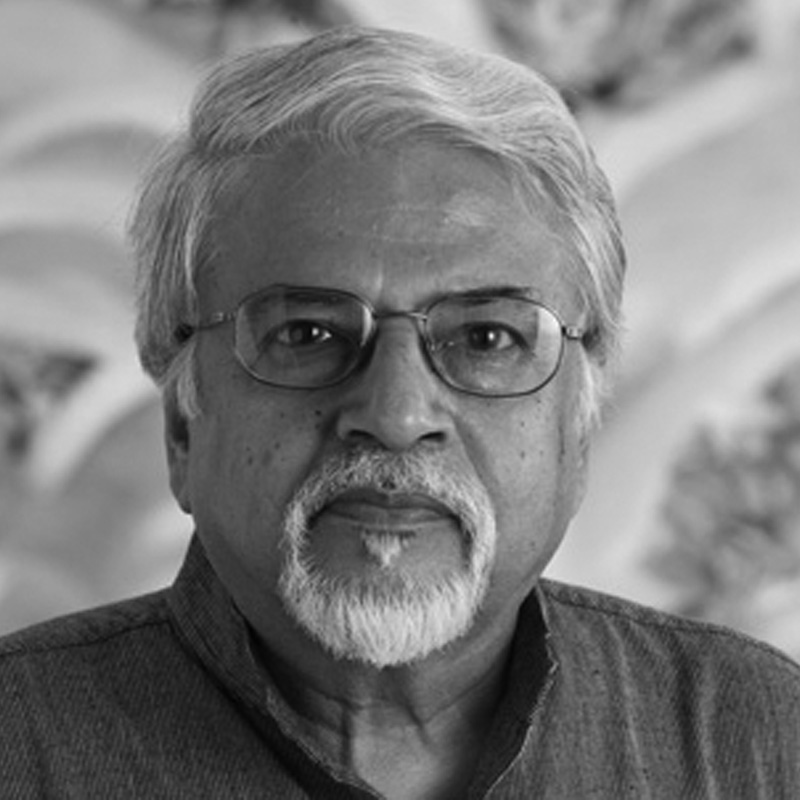 S.G. Vasudev was born in Mysore, Karnataka in 1941. He received recognition as a painter early in his career. He was awarded a National Scholarship by the Government of India in 1964, while he was a student of the Government College of Art, Madras, and a National Award from the All India Lalit Kala Akademi in 1967.

Vasudev works in various mediums (drawings, paintings and reliefs in copper). He became well-known for his “Vriksha” (Tree of Life) series, which evolved over nearly a decade, turning into the Tree of Life and Death in the latter half of the 1980s. Later, he explored the the theme of Maithuna which means the union between the female and the male principles – the prakriti and the purusha – that exist in nature, almost in a yin-yang fusion of being. He brought out the essence and nature of a man-woman relationship through a series of drawings, paintings and copper reliefs using contrasting forms and colours. Eventually his tree grew into faces titled “Humanscapes” and “Earthscapes.” The tree is still sometimes visible in his new series titled “Theatre of Life.”

Vasudev has participated in several important group exhibitions in India and abroad. His works are represented in many individual, institutional and corporate collections in India and overseas. Apart from this, he has executed a number of murals in different media. He has also been art director for two award-winning Kannada films. He has won recognition for his work in the form of several prestigious awards, including those instituted by India’s National Academy of Art, the State Academies of Art in Karnataka and Tamil Nadu, and the Government of Karnataka.

Vasudev has also been on the Executive Board of the Lalit Kala Akademi, New Delhi and worked as selection committee member twice for National Exhibition of Art. He is advisory committee member of National Gallery of Modern Art, New Delhi. He is founder and Managing Trustee of Arnawaz Vasudev Charities which is giving financial assistance to young artists since 1989. He has also worked on the Executive Board of Karnataka State Lalit Kala Academy.

Vasudev is a founder-member of the Cholamandal Artists’ Village, Madras where he lived and worked till 1988. He now lives and works in Bangalore. 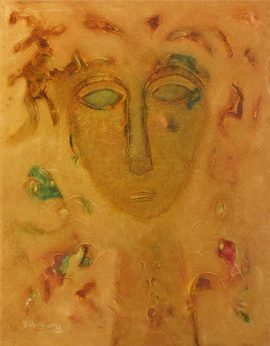