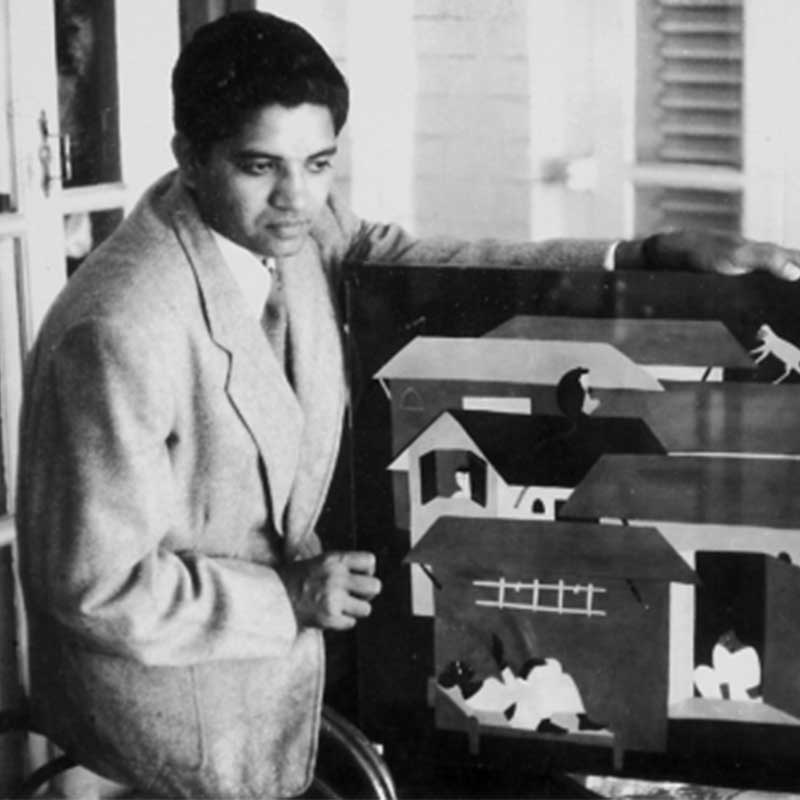 Rasik D. Raval was born in 1928 in Sabarkantha district, Gujarat. He was a student at the JJ School of Art from 1944-49 at the time of Indian Independence. After completion of his course in 1949, harsh realities of survival dealt a ruthless blow to him. In those desolate days, he lived and painted off the pavement until one day his work caught the eye of a notable art connoisseur, Farokh Mulla. Since Raval had no place to work, Mulla took him under his wings and allowed him to set up a studio at his residence.

He worked in isolation, and often experimented with the folk idiom determined to find a freshness for ancient art forms that existed in India. But he didn’t want to move away from their soul therefore he chose stylization and technique with which to play around creating a body of work that came to represent his own oeuvre. His stylized, elongated figures are rendered in flat, raw, elementary colours, a dramatic use of white and occasionally gold. These figures show ordinary men and women doing daily chores but the artist elevates them from the ordinary by the simplicity of his form and the beauty of his lines. Raval creates drama in his paintings by painting the background in vibrant colors and delineating the forms in white with sure and lyrical brush strokes. The tribal dancers, fisherwomen, fruit sellers, birds and animals remind the viewer of the directness and passion of the cave painters of Bhimbetka or the Warli painters of Maharasthra.

He won the National award from the Bombay Art Society’s annual exhibition in 1952, the Lalit Kala Akademi in 1955 and Academy of Fine Arts, Calcutta in 1957. His paintings appeared regularly in the Illustrated Weekly of India and Marg, and also in The Studio Magazine, London. They have also been collected by the National Gallery of Modern Art, New Delhi, and Chandigarh Museum and by private collectors in India and abroad like Japanese collector of Indian Art, Masanori Fukuoka. 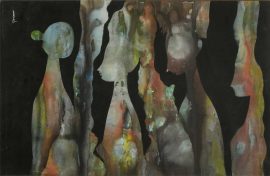 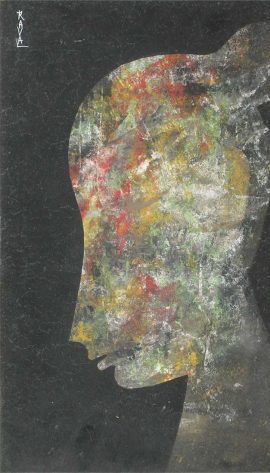 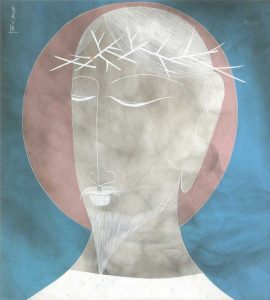 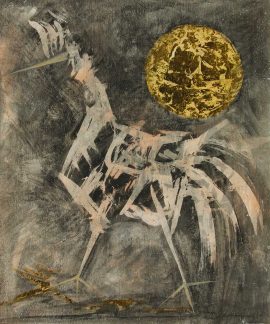