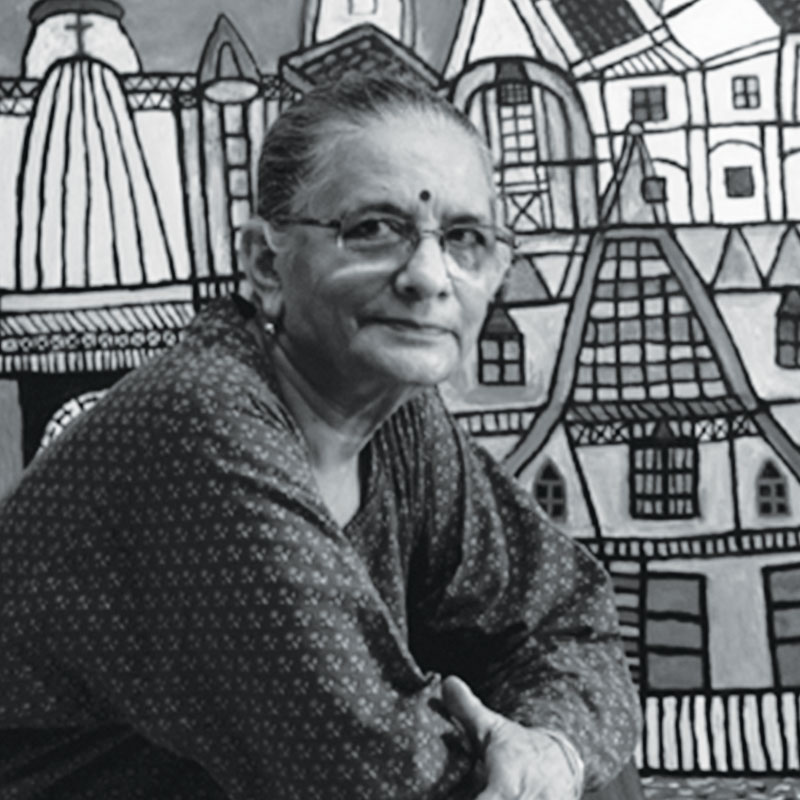 Born in Sanjaya, Gujarat; Madhvi Parekh is a self trained artist.  She began painting in 1964 inspired by her husband Manu Parekh. Her work revolves around childhood memory, women’s craft, folk art and Indian myths. Although her inspirations are traditional, her style is contemporary as she was greatly influenced by Paul Klee. It represents folk art but does not draw from any one specific folk tradition. There is an element of emancipation in the majority of Madhvi’s works, where man is depicted free from the tyranny of mechanical time. Over the years she grew out of the constraints of folk conventions, yet sticking to the traditional flat surface and the pictorial significance of decorative elements. Her use of oil and acrylic on canvas and watercolour on paper, a decisive shift from the traditional materials and surface of folk painters, stimulated and broadened her artistic imagination, and the initial naive charm of her paintings matured and became loaded with her statements on the status of women, girl child, and encounters between rural and urban India.

The harmonious coexistence of everything in the natural world is a distinct concern of the artist. Her recent works are inspired by travels to places like Mauritius and Bhutan. Curtains and arches have also begun to crop up in her works adding an element of the everyday to her world of fantasy.

Her work has been seen in many international exhibitions prominent amongst which, are the exhibitions held in London at Camden Art Centre followed by a tour of other cities in the UK, Amsterdam in a show of Three Women Painters, New York, Australia at James Harvey Gallery, Balmain and Kuwait.

She lives and works in Delhi. 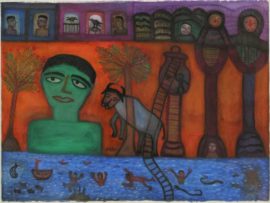