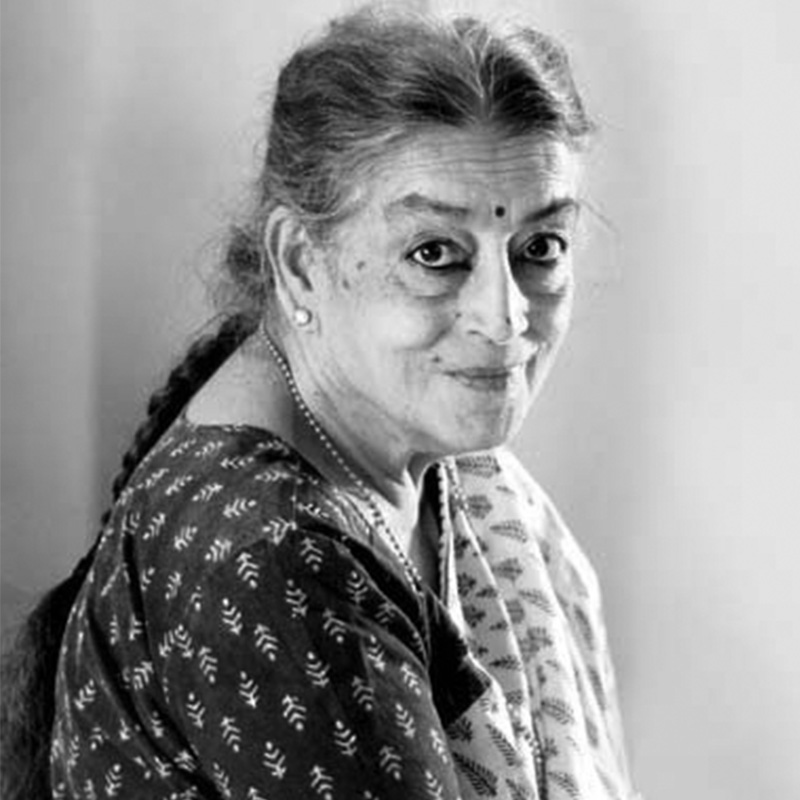 Lalitha Lajmi was born in Kolkata in 1932. She was born into a family involved in the arts, and was very fond of classical dance even as a child. She had the urge to paint too, so her uncle, B.B. Benegal, a commercial artist from Kolkata, brought her a box of paints. The self-taught artist began painting in the early sixties. She had to teach art in school to earn a living.

Lajmi’s works are figurative in nature – men, women, children and clowns. The concept of ‘performance’ has been a constant theme, performers not only those on stage or in the circus, but also in real life. Her early works were melancholic in nature, and her later works are more optimistic. But through the years, her works have continued being autobiographical.

In the mid 80’s, Lajmi’s work had evolved into etchings, oils and watercolours. The works of the late 80’s and early 90’s reflect the latent tensions that exist between men and women, captured in the different roles they play. She portrays her women as assertive and aggressive individuals. She uses the images of Durga or Kali on the top of emaciated men who are kneeling, almost as if they were in the middle of some form of classical corporal punishment. She has also depicted the natural bonding that exists between women, between mother and daughter figures, perhaps drawing from her own relationship with her daughter, well-known filmmaker Kalpana.

For Lajmi, nurturing her passion for art and cinema was a constant struggle. Indian films have been the biggest influence on her work, especially the ones made by her brother, Guru Dutt, Satyajit Ray and Raj Kapoor.

Lajmi lives and works in Mumbai. 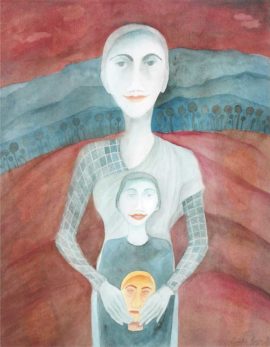 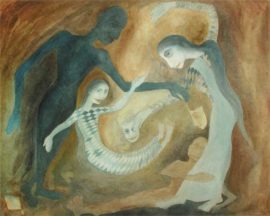