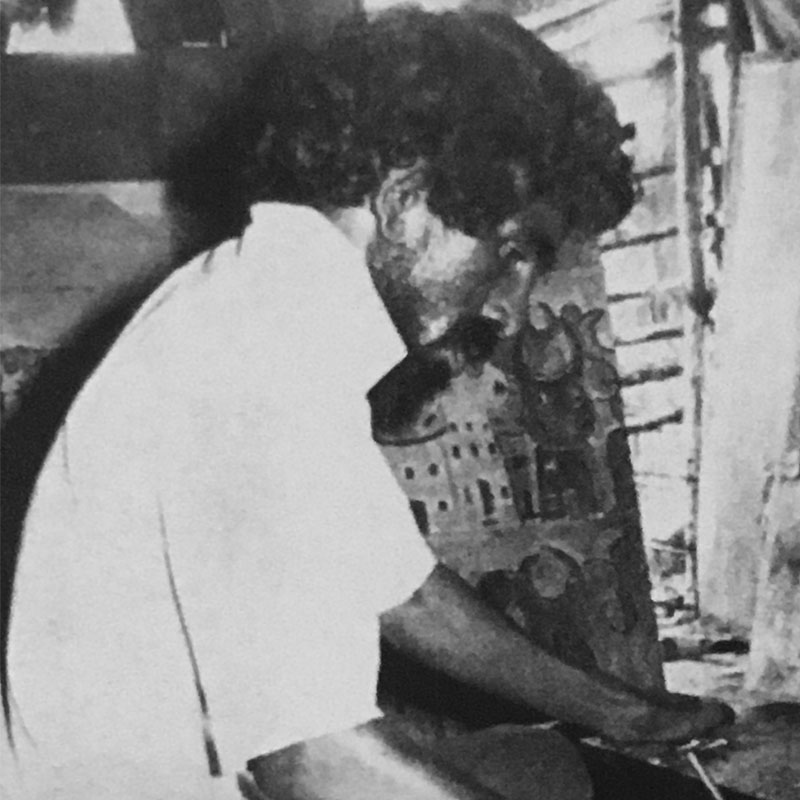 K. Ramanujam was born in Chennai in 1941. He became a national scholar from 1962-64. He was a student of K.C.S. Paniker, the principal of Government College of Arts and Crafts, Madras. Under Paniker’s influence, he joined the Cholamandal Artists Village, Madras.

He was quick to learn and absorb anything at art school, in spite of his learning disability, and soon was producing paintings galore. He combined the Eastern folktales and fantasies with the Western baroque, mixed with his personal dreams effortlessly and created his own unique style. He had a characteristic style which comprised of line drawings and moved quite often from wash drawing to shading, using criss-cross lines without marring or spoiling the effect of his work. These drawings had intricate detailing and minute patterns.

His later works reflected his state of mind – he was melancholic and depressed; although by this time he was starting to get recognised. The architect Geoffrey Bawa commissioned him to create three mural drawings for the Hotel Connemara, Chennai.

Ramanujam committed suicide in Chennai in 1973.