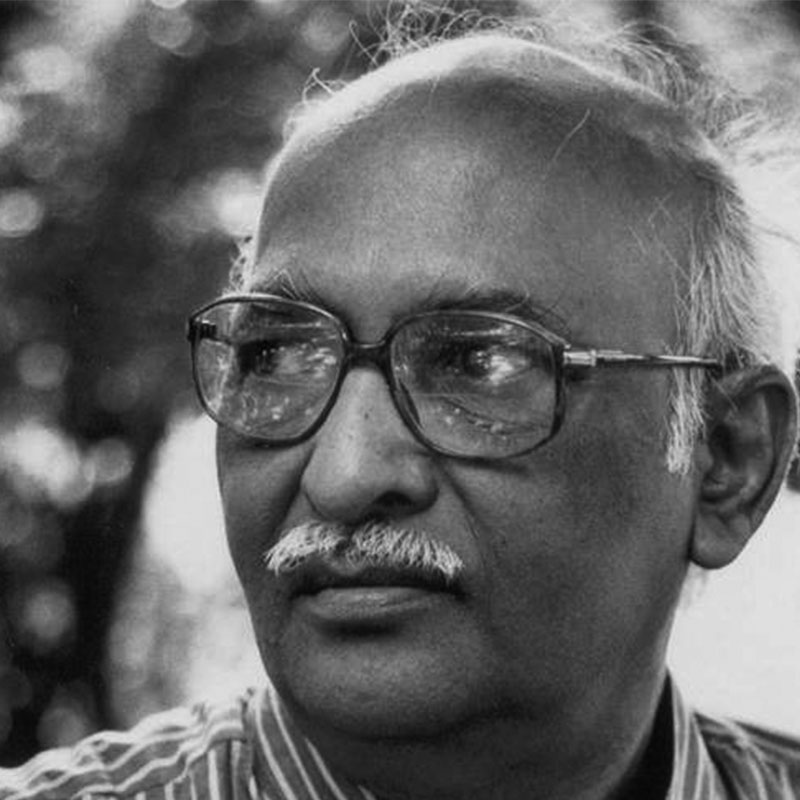 M. Adimoolam was born in 1938 in Tiruchirapalli in Tamil Nadu. He moved to Chennai, where he enrolled in the Government School of Arts and Crafts in 1960. While undergoing this course, he was influenced by sculptor Dhanapal. After completing his Diploma in Advanced Painting in 1966, he started working on a series of black & white portraits of Mahatma Gandhi. He sketched almost a hundred drawings covering sixty years of Gandhi’s life. He soon came in contact with noted Tamil writers and started illustrating their works.

Reminiscent of an earlier era, his sketches are a constant search for greater freedom of expression and serve as an outlet for his creative energy. They capture the essence of the subject in all its glory, and yet leave something to the imagination with shadowy faces.

Gradually, Adimoolam moved towards oil paintings, although in most of his works, he used a combination of drawing and painting. The influence of colour made his works change from the figurative to the abstract. His works focus on nature and people and their relationship. It was not the actual imagery, but abstract renditions of what he saw and felt while looking at nature. This leads to a spontaneous interplay of colour, texture and untrammelled quality of his canvases that seem to carry the viewer into a journey through space.

Adimoolam died in 2008 in Chennai. 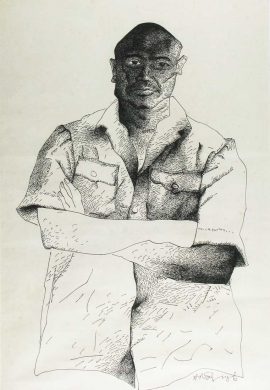