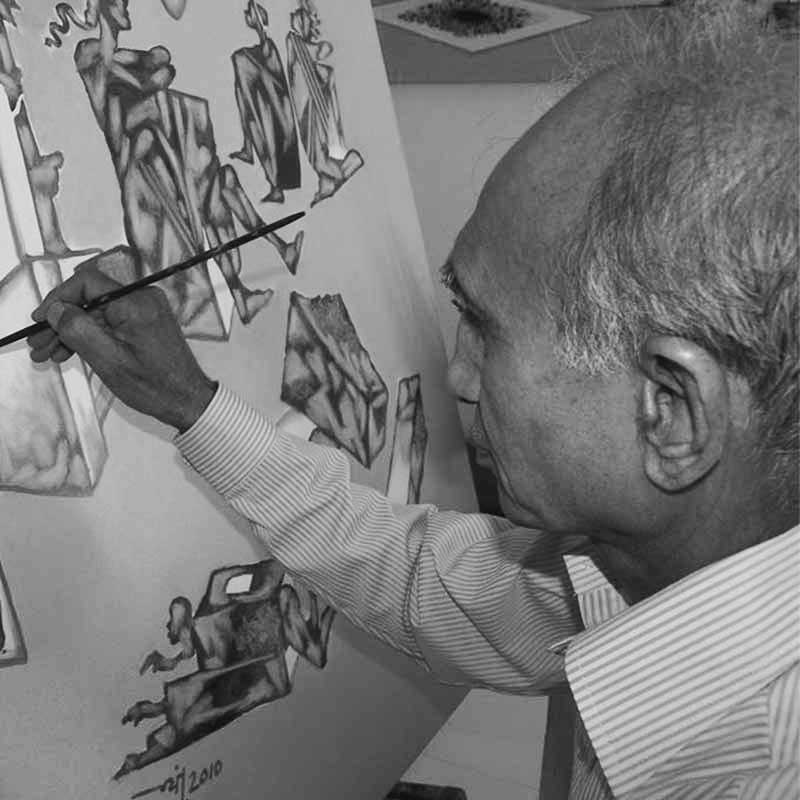 Jayant Parikh was born in 1940 in Bandhani village of Gujarat. In 1962, he acquired his Post Diploma in Painting from faculty of Fine Arts, M S University, Vadodara. Professor N.S. Bendre nurtured his talent for 9 years and pushed him to progress.

Jayant’s works are known for their rhythmic forms, rich colours and spacious compositions and the possibility of exploration of a meaningful visual vocabulary. His works are inspired by nature and the surrounding environment – views of towns and villages, fields and forests, streets and markets, palaces and havelis, festivals and sacred sites. Architectural structures and Indian cultural heritage prove to be another inspiration, based on the notion of movement and the pulsating vibrancy in the form and rhythm of these structures.

Another theme in his works is figurative forms inspired by Indian classical musicians and dancers. Since his childhood, he was fascinated with acrobatics and even learnt the traditional Malkhambh acrobatic form. Hence in some works, there is a cluster of human figures somersaulting and floating around, growing and diffusing in a mystic space. This results in a divine rhythm in his compositions with a richness in colour. For him, human figures are human trajectory in a given space derived from the historic past and configured in the context of the contemporary present.

He has won the Gujarat Kala Academy several times between 1960-79, National Award at Lalit Kala Akademi, New Delhi in 1970 & 1980, and Gaurav Puraskar by the Government of Gujarat in 2008 amongst many other awards. He lives and works in Vadodara. 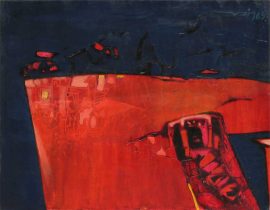 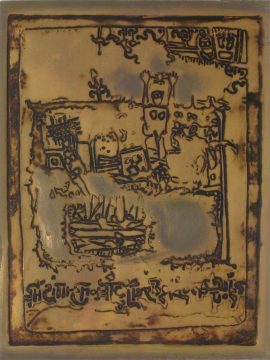