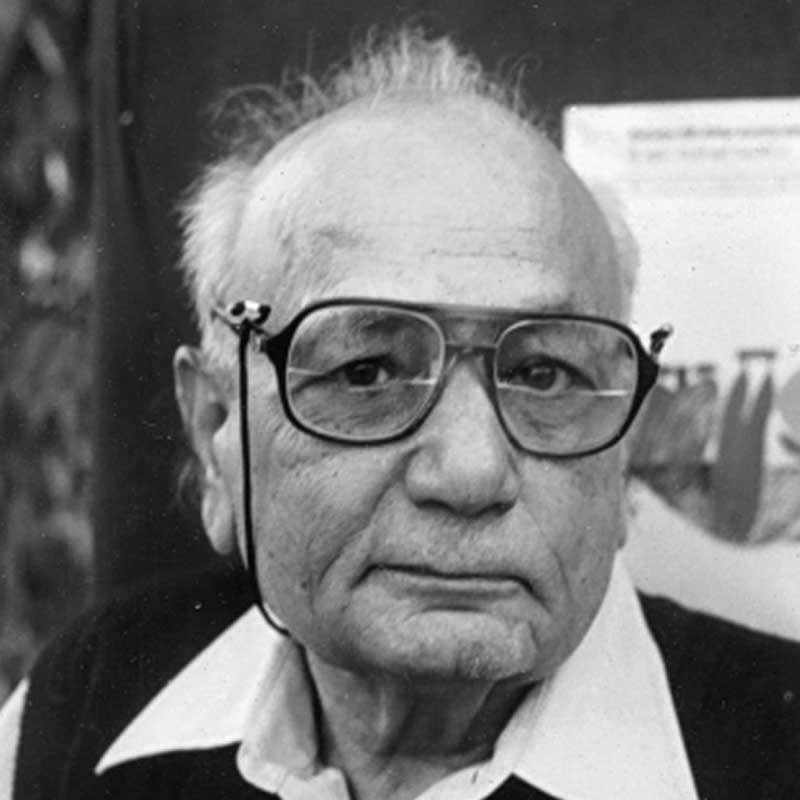 H.A. Gade was born in 1917 in Amravati, Maharashtra. He always enjoyed drawing as a child but had a keen interest in Mathematics and Science, so he went on to Nagpur University and graduated with a Bachelor of Science in 1939. The same year, he decided to enrol part-time at Nagpur School of Art. He then went to teach at the Spencer Training College in Jabalpur from 1944-48. Finally he went back to the Nagpur School of Art and completed his Diploma in Fine Arts in 1949 and his Masters in Fine Arts in 1950.

Around this time, he began his career by painting in watercolours inspired by SH Raza and Walter Langhammer. But he later switched to oil paintings. His landscapes were deeply inspired by his travels. From the lush greenery of Kerala, to the stark landscape of Udaipur to the dense forests, his landscapes are highly prized. Rather than forms, the visual impact of colours is the most important part of his works and he used brushes and palette knives to achieve the effects.

Given his scientific inclination, he read several works by Roger Fry on painting techniques and aesthetics and his works reflect geometrically structured landscapes which are also evocative of the cubists. Although he mostly painted beautiful landscapes, some works were shaped by the poverty and ugly slums that had sprung up across Mumbai in the 1950s.

Gade was one of India’s pioneering abstract artists. He was one of the six founding members of the Progressive Artists’ Group and was a part of it until its dissolution in 1956. 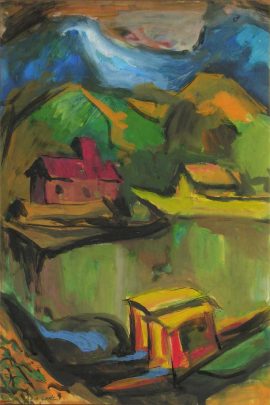 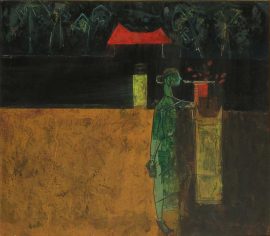