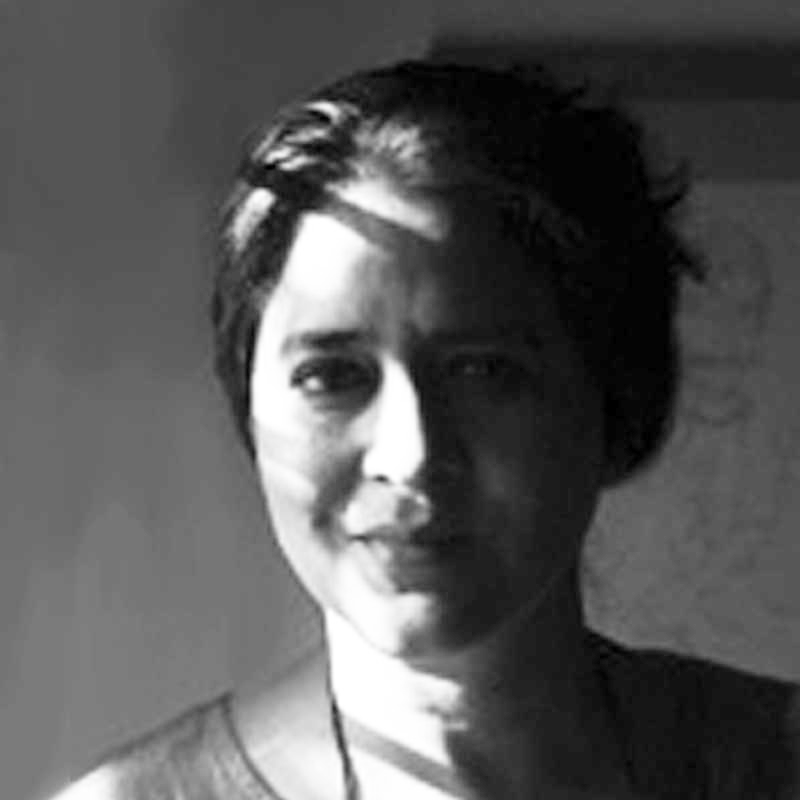 Gargi Raina was born in 1961 in New Delhi. She received a BFA in Applied Art from The College of Arts, New Delhi in 1985, and an MFA in Painting from the Faculty of Fine Arts, Maharaja Sayajirao University of Baroda in 1988.

Raina strives to go back from the starting point of a form – a circle, cube or triangle, and then juxtaposes these forms within a space which culminates into a meaningful work. Her applied art background lends itself to her non-representational work. Her works are done using a variety of materials – acrylic, pastel on paper, clay and wood; and she not only paints, but she carves and etches the materials. Raina works in sequences which follow a narrative, linear in the way it reads but elastic in the way that it enables us to comprehend and examine.

Certain symbols emerge from Raina’s memories such as a spinning top, a breast and a patterned floor. The top takes her back to her childhood while the patterned reminds her of a floor in Lahore in pre partition India. The objects and images, repeated with an almost mesmeric intensity, are taken from the repertoire of the domestic, though the essential equation arises out of their necessary persistence in our lives. Although these are joyous memories, some memories stem from violence that also reflect in her works. They are based on myths of creation and origin unfolding with movement in time or with the action being performed. The ovoid shape and texture of the egg and the octagonal form of the honeycomb are some recurring symbols in her works along with images of the human body coexisting with motifs from entomology.

Raina was awarded the 2002 Residency at Taipei Artists Village, Taiwan. She lives and works in Baroda. 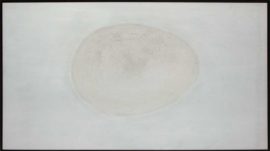