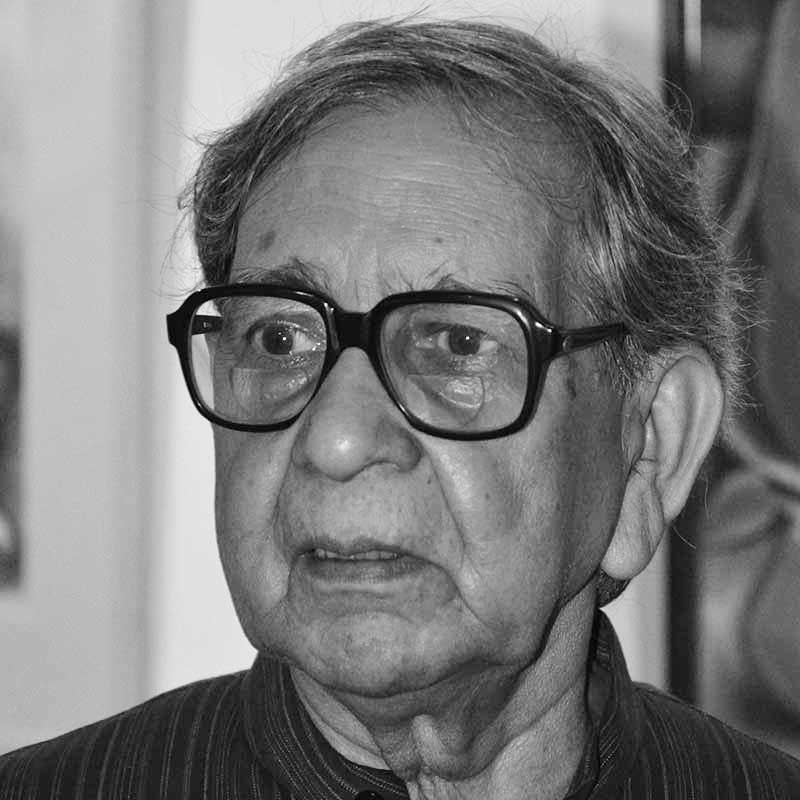 Ganesh Haloi was born in 1936 in Jamalpur, now, Bangladesh, but he shifted to Kolkata during the partition. He was forced to move to West Bengal. He developed his personal style of painting when he graduated in painting from Government College of Art & Crafts, Kolkata in 1956. He then joined  the Archaeological Survey of India as a resident artist. He was deputed to document the Ajanta cave paintings from 1957 to 1963. Then he joined Art College Kolkata as a lecturer in 1964.

His initial work includes study of miniatures at Banasthali (Rajasthan) and copying Ajanta frescoes for six years. He then began his artistic practice in the sixties primarily as a landscape artist. His stint at Ajanta led him to study Buddhism and do research on the technique of Ajanta murals. The picturesque landscape of his hometown pre-partition inspired the greenery and moisture-laden lands in his paintings. Through his work, he developed a sublime conversation between the land, sky, air and water; without any human presence.

By the mid seventies, Haloi was known for his capability of creating an ordinary landscape which evoked metaphysical essences. But gradually, the realistic landscapes transformed to non-representational landscapes. He depicted nature that goes beyond the visual documentation in the most poetic manner. Even though it is abstract, Haloi’s works and his motifs have precise associations with the artist’s psyche, his experiences and the upheavals that have shaped him and his point of view. These innerscapes reflected his introverted and philosophical temperament. His works are marked with lyricism and show his significant contribution to building up of this abstract trend in contemporary Indian art.

“I try to fit the irregular movements of life into the artificial boundaries of the paintings,” he says. His perspective is that of a victim, but tempered with a strong dose of philosophy, a tranquil acceptance. His use of colours is thick, evoking thoughtful reminiscence with spontaneous ease.

Haloi has won several awards including the Late R. N. Chakarborty Memorial Gold Medal from the Government College of Arts, Kolkata in 1956, seven silver medals from Kolkata University and seven gold medals from the Academy of Fine Arts, Kolkata. He lives and works in Kolkata. 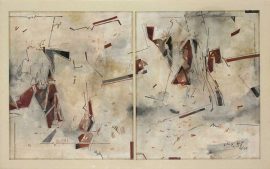 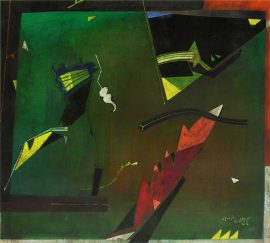 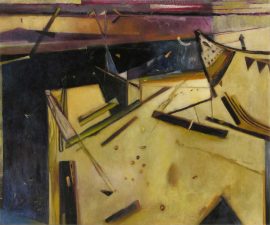 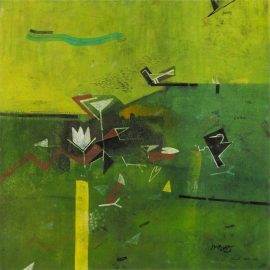 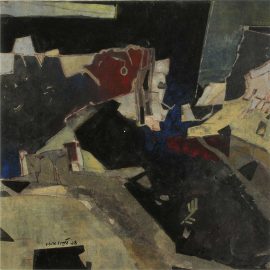 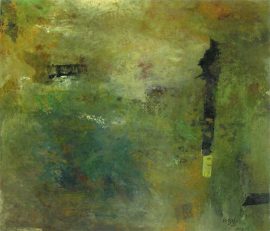