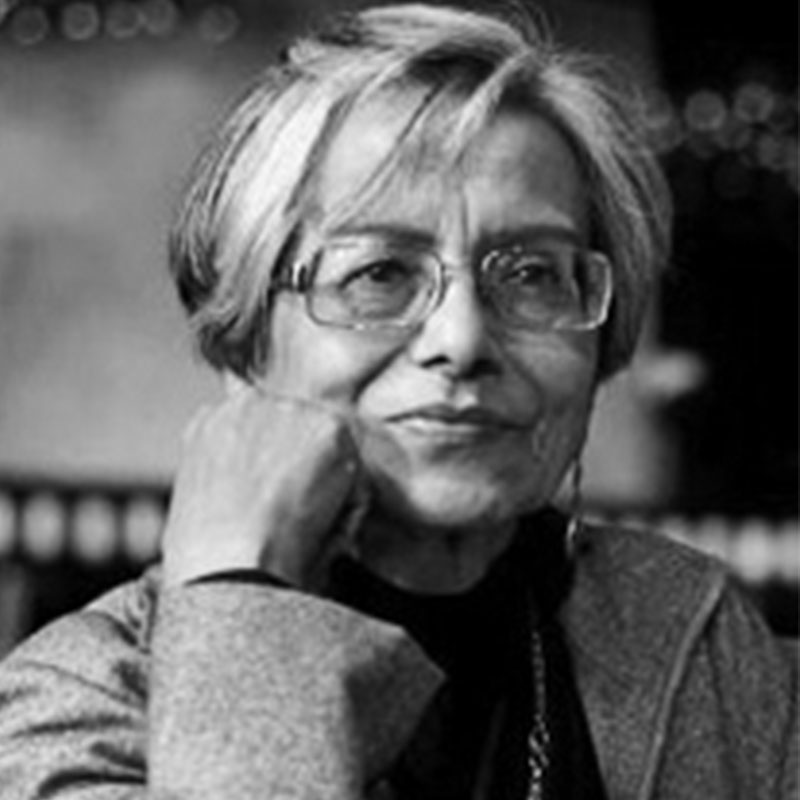 Anupam Sud was born in Hoshiarpur, Punjab in 1944, though she spent much of her youth in Simla in Himachal Pradesh. Sud studied at the Delhi College of Art from 1962 to 1967

Sud later studied printmaking at the Slade School of Fine Art, London, from 1971 through 1972 under a British Council scholarship. It was after her return to India that Sud developed an intense interest in exploring clothed and unclothed human figures through the medium of etching. She found inspiration in both male and female sexuality and identities. She takes on social issues that are often found in her art, and her figures are usually self-absorbed and brooding. However, through symbolism and metaphors, Sud engages with socially relevant themes and moody depictions of interrelations between the sexes and human predicament. Working mainly with intaglio prints, Sud fuses her knowledge of different intaglio processes with lithography and screen-printing. Her etchings are made with the use of zinc plates, a difficult medium that requires both patience and precision.

One of the finest intaglio print makers in India, Sud is equally adept at lithography and screen-printing; while she is also known for her fine drawings and paintings. Her work has evolved from architectural forms, limbs and human figures in the mid 1970s to largely feminist subjects in the late 1970s. She developed her style while she was under the guidance of Somnath Hore.

Sud headed the printmaking department at the Delhi College of Art for several years until her retirement, and has been a teacher and mentor to many of the young artists of today. She was the youngest member of “Group 8”, an association of artists at the college that was founded to further awareness of printmaking in India. Her work is in the collections of The National Gallery of Modern Art, New Delhi, The Victoria and Albert Museum, London, The Peabody Museum, U.S.A., and the Glenbarra Art Museum, Japan. 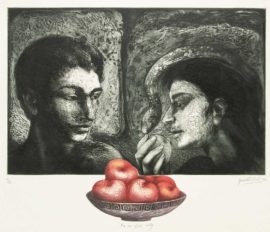 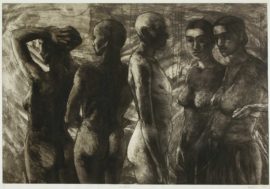 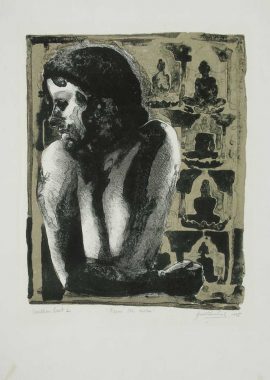 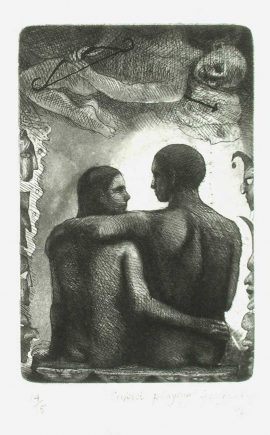 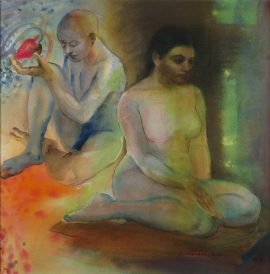